It’s not breaking news that infrastructure and highway improvements are on the federal administration’s agenda. Currently, federal fuel taxes are what fund most of the nation’s highway repairs. But some say that the current fuel tax doesn’t provide enough money to cover all needed improvements. To combat this issue, a higher fuel tax has been suggested to generate more funding for repairs. Opponents of a higher fuel tax say that tolling would be a better approach to funding highway improvements. 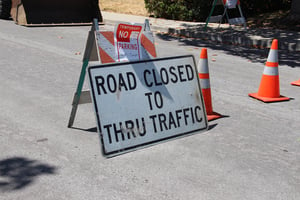 This is a debate we are all probably familiar with—fuel taxes versus tolling. But now, according to an article on Trucks.com, a new proposal called “Road User Charges (RUC)” has entered the mix. RUCs would use technology to charge fees based on the number of miles a vehicle is driven.

So what impact would RUCs have on carrier companies and their trucks? Trucks over a certain size and weight would need to install devices that record their location and other travel information. Axle-weight sensors would also need to be onboard the truck. Trucks would then pay road user fees based on the number of miles driven, axle weight, emissions per mile and the types of roads on which they travel. Trucks that travel more, emit “dirtier” emissions, weigh more and travel on roads not designed for heavy-duty operations would pay higher RUC fees.

Proponents of the RUC say that RUC fees would help to combat the issue of decreasing funds from fuel taxes as trucks become more fuel efficient in the future. Testing of an RUC initiative has been completed in California, and the majority of participants said that they thought RUC fees were fairer than fuel tax fees.

Despite the positive test results, further research regarding the use of RUCs will need to be conducted before anything is officially implemented. But the simple fact that RUCs have been proposed as an alternative to highway funding is reason enough to start considering the potential impacts RUCs could have on the trucking industry.

We strive to build a long-term relationship with every carrier we work with, and we believe that together, we can achieve excellence! Not yet a carrier with IEL?